The Port of Vancouver — Canada’s largest and busiest — has been handling an unprecedented level of container shipping in 2021 along with its competitors up and down the west coast. Vessels are waiting seven days on average for a berth, according to a recent service advisory from Maersk, the global shipping giant. In May alone, Vancouver handled 39% more twenty-foot equivalent units (TEUs) than it did a year ago, according to port data.
The smaller Port of Prince Rupert in northwestern British Columbia also has seen a surge in container traffic. The Maersk advisory said vessels are waiting two days on average.
A spokesperson for the Vancouver Fraser Port Authority did not respond to American Shipper’s questions about how the port is handling the container traffic and whether it foresees any impacts from a CBSA strike. A spokesperson for the Prince Rupert Authority did not respond, either.
Robins, of A & A Customs Brokers, said he would expect a CBSA strike to add delays for shipments coming into Canada, particularly at the ports.
“They are necessary for trade,” Robins said of CBSA officers. “We’d expect to see some kind of slowdown if they strike. Obviously we don’t want to see that.”
Robins noted that even selective actions that add delays to any single port would have a “ripple effect” elsewhere in Canada particularly with the well-oiled intermodal operations of CN and Canadian Pacific railways.
Beyond west coast ports, the strike could create bottlenecks for trucks at the U.S. border if there are any delays with customs clearance. The trucking industry in British Columbia — and its customers — could find itself contending with more backlogs at the port and the border.
“We’re following it very closely,” Dave Earle, president and CEO of the British Columbia Trucking Association, said of the CBSA labor dispute. “We are working to make sure that the supply chain continues to operate without interruptions. We’re hopeful there won’t be any.” 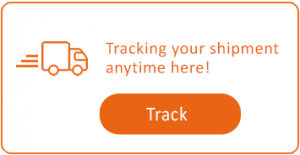